Please enjoy my images which are mostly from the Cape to Cape region in the South West of Western Australia (from Busselton to Cape Naturaliste to Cape Leeuwin). Please feel free to comment on any of these images.

The salmon season is starting!

Each year in the South West of WA we have a salmon run (Australian salmon, not the Tasmanian or Canadian species). As they follow the coastline north they are accompanied by all sorts of predators. The most numerous are bronze whaler sharks although sometimes I think the salmon fishermen outnumber them. I took these drone shots of the bronzies in a school of salmon. (They look out for sick or injured salmon or those that are not watching as closely as they need to). 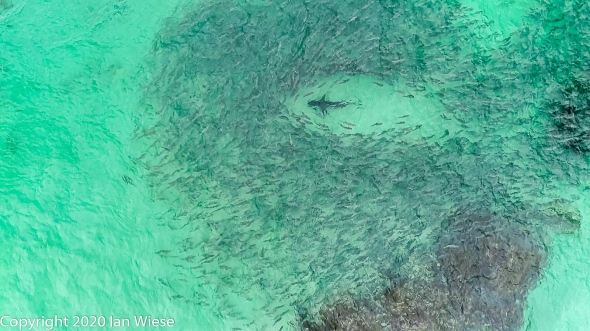 The next day I went back and although there weren’t as many salmon I took these photos of bronze whalers. You can see where they get there name from. 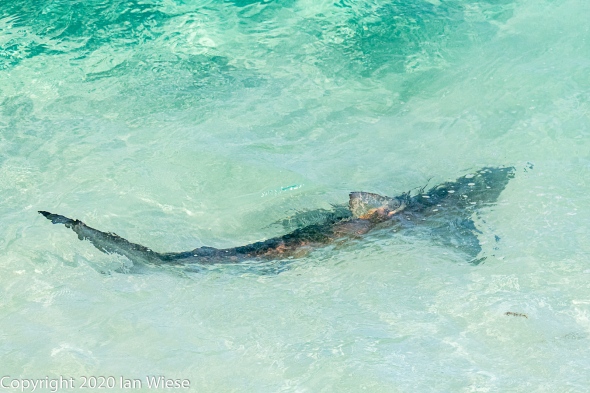 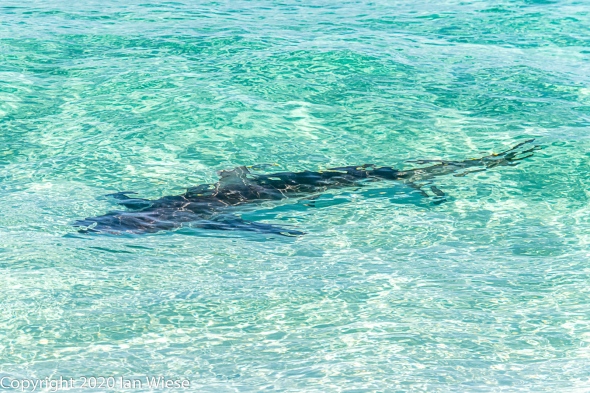 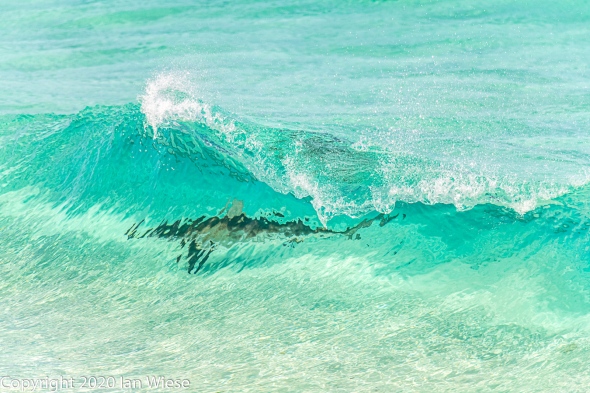 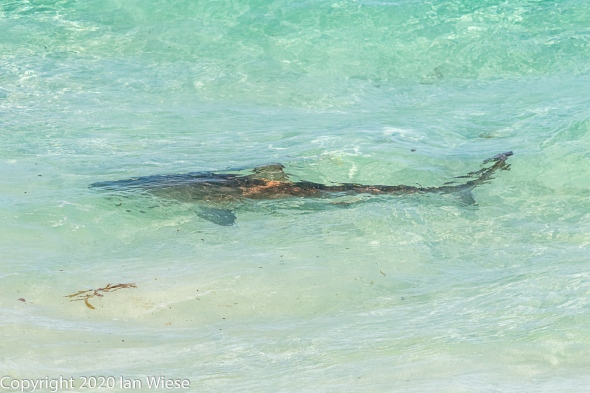 The pinnacle of my career as a photographer

As many of you know I participate in a research program that has been monitoring the whales passing Pt Picquet in Geographe Bay for the last 17 years. Over the last couple of years we have been using drones (with the relevant research permits) to assist in this program. The drones have been a game changer. They enable us to verify the species, the numbers of whales in a pod, take photo-id and observe behavior that we wouldn’t otherwise be able to see.

One aspect of this behavior  has been that we are able to observe whales (there is no delicate way to say this) pooing off the coast in Geographe Bay. For researchers this is exciting stuff. It shows that the whales have eaten in the previous 24 hours, and of course that means there must be a food source for them within a 100 nautical mile radius.

There have been a number of instances where blue whales, humpbacks and southern right whales have been video’d pooing. However recently I recorded a blue whale doing this and the poo was a bright yellow “hi-vis” color. Researchers mused over what the whale had been eating.

The ABC picked up on this and published video of the event on ABC Southwest page. From there it went “viral” as my grandkids tell me. The Daily Mail picked it up, a Facebook page in the UK showed the video and had over 700 comments. It seems that the researchers interest was overwhelmed by “toilet humor”. Most of these 700 comments were of the kind “I can do better than that when I have been drinking alcopops! Intellectual stuff.

Then HYBPA (on Channel 10(WIN in the southwest) showed the photo. This one. 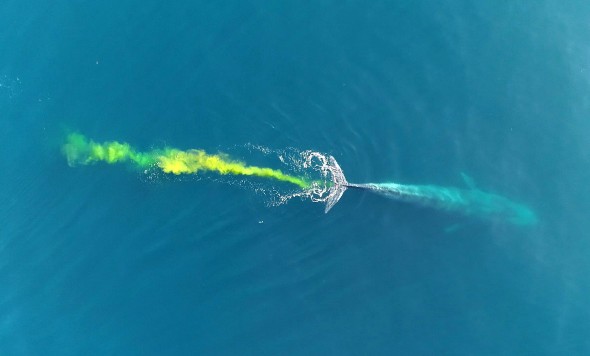 HYBPA is Have You Been Paying Attention – a TV program where they show images from recent news and ask the panel for comments.

Others contacted me and promised they would “credit me”. Really?

Then my everwatchful grandkids informed me that pewdiepie had my photo on a recent episode on his Youtube channel. (I hadn’t heard of him).  Turns out he has 102 million followers. My photo has had 3.75m  ( now 5.5m with nearly 500,000 likes ) views (and going up at 100,000 an hour at one stage).  In the episode he used Photoshop to make the yellow poo into a message about Jeffery Epstein – something serious researchers hadn’t considered. I can’t imagine why.

More was to come. The photo was on ABC’s BTN (Behind The News).

I wonder where it will all end. Financially most uses are “fair use” or not worth chasing up. The small amount I will make will cover a fraction of the drone I lost earlier this year. And I wonder what it all says about the Internet. The photo provides important evidence about blue whale migration, but turning yellow whale poo into a message…???

So I have probably reached the peak of my career as a photographer and videographer. I doubt I will ever again reach these heights (or depths).

Whale Hunters of the West

Tim Blue – an ex Busselton boy from the 1950’s and 60’s has just published a book Whale Hunters of the West – a history of Whaling off the West Coast of WA in the 19th Century. It is a fascinating read (at least I think so!). I was surprised at the extent of American whaling off our coast, and the degree of interaction local settlers had with these ships.  Tim is currently putting up a website and you will be able to buy it online soon. I will post the link and more details when it is available.

There are some interesting facts that come out. The Southern Right Whales were hunted early on, but even in the 1840’s Captains were complaining about the decrease in numbers whereas humpbacks and sperm whales were hunted through to the 1870’s  (the advent of petroleum and the changing fashions – meaning baleen was no longer necessary for corsets – led to the decline in whaling rather than a shortage of whales). This would indicate that SRW’s were never anywhere near as plentiful as these other species. Blue whales were hardly ever hunted as they couldn’t catch them in rowing boats! Sperm whales were preferred as their oil was much more valuable.

You can get a copy from this site

www.whalehuntersbook.com. For those of you in the Southwest copies are available at the Naturaliste lighthouse (you save $11 on postage if you pick it up there).

On Monday I went out with Naturaliste Charters on their Bremer Bay Orca expedition.  Bremer Bay is on the south coast of Western Australia roughly halfway between Albany and Esperence. I last visited Bremer Bay 50 years ago and you could buy a block of land there for AUD$100! It has grown but is still a fairly remote coastal hideaway.

Naturaliste Charters pioneered this nature tourist attraction. 50km out from Bremer Bay you go over the edge of the continental shelf and the depth plummets. There is an undersea canyon in this area and it is a hotspot for Orcas.

Monday proved to be no exception. Within a few minutes of arriving at the “hotspot” we encountered two pods of orcas. They stayed with us all day, repeatedly diving. They would surface close by. Occasionally we lost contact but within 15 minutes we regained contact. As the day went on they seemed to be lent on feeding and became more social. This included being more interested in the boat and at times they were underneath the boat and alongside.

Orcas were not the only attraction. The birdlife was prolific, mostly fleshfooted shearwaters, but also we saw Wilson’s storm Petrels, 2 Wandering Albatrosses, and many Indian Yellow Nosed Albatrosses. I am sure a seabird expert would have identified more species.

This is a fabulous trip and highly recommended to anyone interested in wildlife.

Here are some photos. 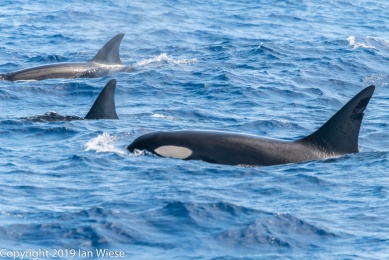 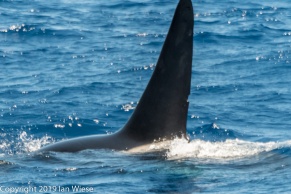 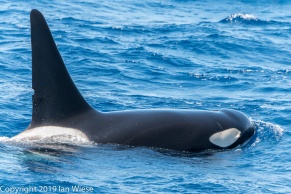 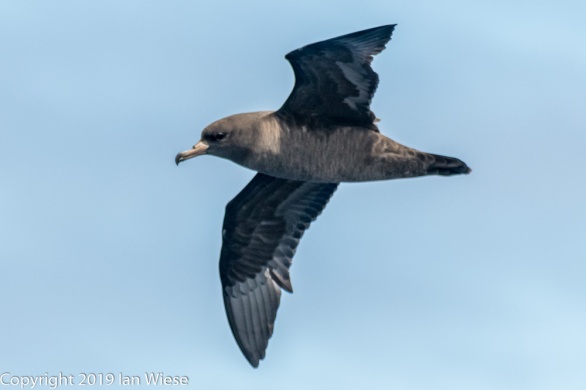 An experience they will never forget.

These students were on an excursion having travelled down to Meelup by bus. They were kayaking along the coast and stopped and rafted up just off Pt Picquet. 3 curious humpback whales came in to investigate. They went between the raft up, turned and swam out to sea under the kayaks. What an experience!

I didn’t post this immediately it happened as I didn’t want all the kayakers in Western Australia trying to do the same thing. There is always an element of danger (apart from it being illegal to approach whales this close. When under the kayakers the whales panicked and accelerated out to sea. However all’s well that ends well.

(These kayakers did not approach the whales – the whales approached them so they did not breach (pun intended) the whale watching rules).

It has been a late start to the whale watching season. The humpbacks are late arriving but fortunately the Southern Right Whales have kept us entertained. These humpbacks were playing just off Castle Rock this morning. (These drone images have been taken under a DPAW permit).

You can just make out a pair of Southern Right Whales in the upper left corner.

Recently the Southern Rights have been passing time in Geographe Bay.

We are starting to see some whales.

I originally found this mother-calf pair of Southern Right Whales at the Other Side of the Moon (a surf break just south of Cape Naturaliste). I think these were the pair seen in Dunsborough and Meelup yesterday. (These are an endangered species and we see a few coming around Cape Naturaliste each year). They were moving very slowly south, but enjoying a few waves even though they weren’t very good at it. A pod of dolphins were keeping them company. 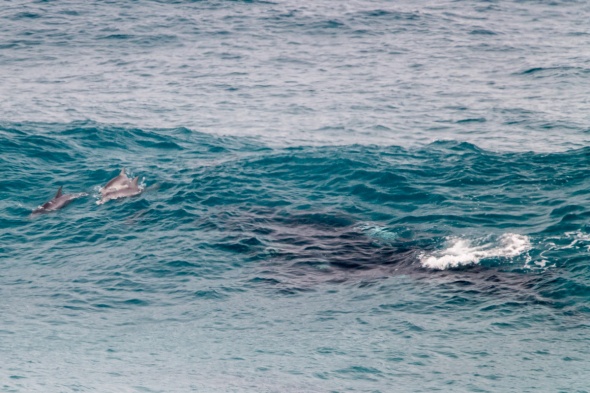 They slowly moved south eventually reaching Sandpatches (the bay just north of Sugarloaf Rock). The dolphins met up with the pair again, and encouraged the calf to follow them closer inshore. They seemed to be interacting with the calf. Mum followed the calf. The calf enjoyed the surf but really didn’t get this surfing thing.

So the dolphins gave some demonstrations.

At one point a dolphin started flapping its tail on the surface.

The calf thought this was a good idea and began flapping its pectoral fin. 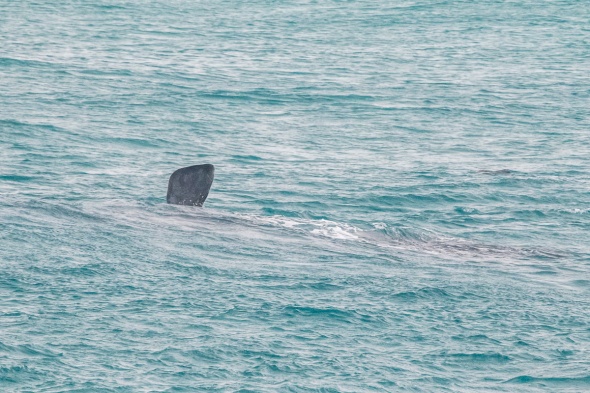 The dolphins were close by offering advice. This is mum in the foreground and she has a white blaze on her back – something I haven’t seen before.

By this time the calf was getting into it. Mum is there as well. 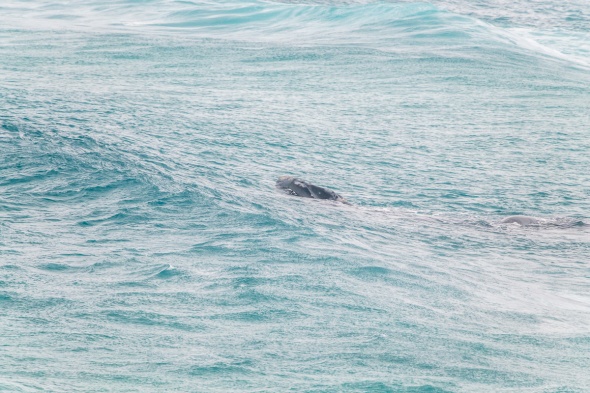 But mum and the calf kept missing the waves. I don’t think they could accelerate fast enough.

More lessons from the dolphins were in order.

The calf appreciated the advice.

But no matter how hard they tried mother and calf could not catch a wave. 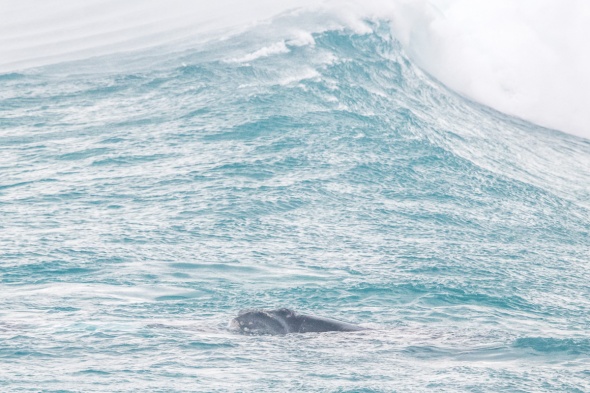 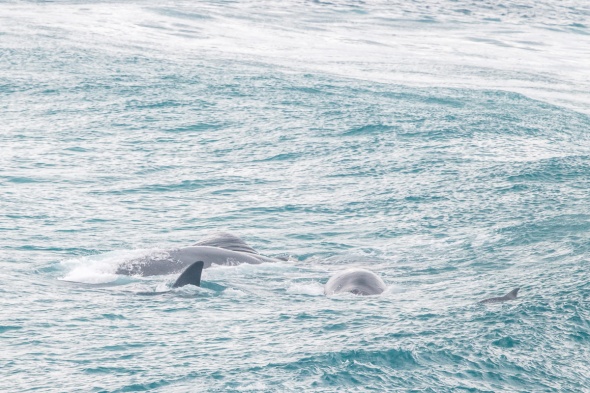 The dolphins stayed with the pair of whales for about 5 hours.

This was an amazing experience. Tourists were taking selfies and ignoring what was happening just offshore. And a cold wind came in from the north – eventually I had to leave to avoid having my joints seize up! They were still playing together when I left.