On Monday this humpback decided to start breaching just in front of the whale watching boat. He kept this up for nearly an hour breaching around 25 times in a row. The people on the whale watching boat certainly got their moneys worth. (These images were shot from shore at a distance of 2-3 kms, so they obviously are not as sharp as the shots of the Southern Right whales which were only about 50m away!) 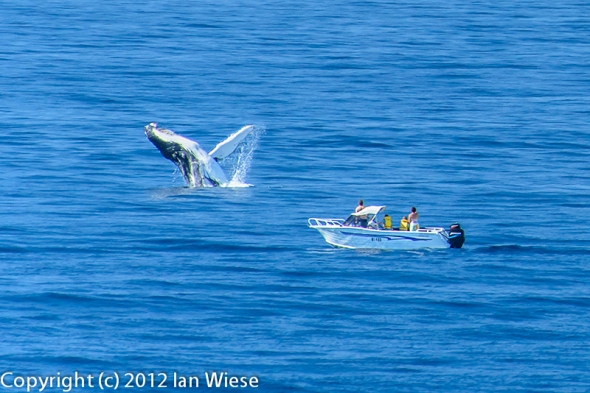 I went down to Castle Rock Bay yesterday hoping to catch a rainbow. The rain stopped soon after I arrived and the sky began to clear, so there was no chance of a rainbow. So I went across to Castle Rock. The wind was coming gently from the east, so the water in the little bay in front of the rock was smooth. The green moss on the rocks at the waters edge attracted me to this shot. (A 22 image stitch, but there was a lot of overlap).

Castle Rock is just outside Dunsborough. The carpark is the site of an old whaling station that dates back to the 1840s. I have heard rumors that part of the old station is buried beneath the car park!

This shot was difficult to get. There was a band of cloud on the horizon when I arrived, and it looked like the sunrise was not going to happen. I tried various positions and nothing was working until I saw that this cloud and rainstorm had moved to a position where I could line up the rock and the cloud. As I got in position the sun rose above the line of cloud on the horizon and the early rays lit the back of this cloud.

This is a four image stitch of blended exposures. This technique does not work well with waves (or other moving objects such as trees in wind), so I selected the best of the individual exposures and masked the water back in from a single image.