I am reasonably sure I have photographed this pair of Spoonbills before. They inhabit the wetlands around Busselton. They are lovely birds and very photogenic. 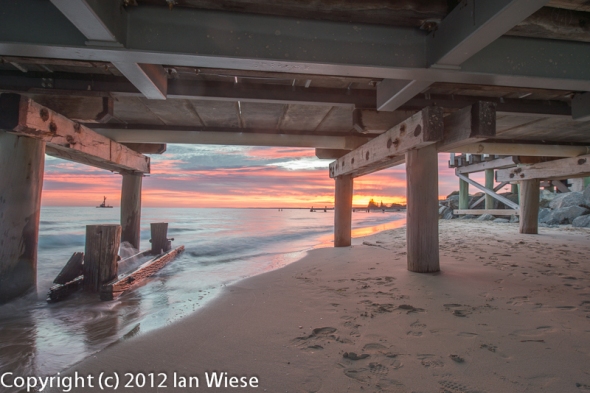 A bit of a mixture

Here is a shot of a dolphin at Three Bears this morning.

And here are some shots from yesterdays departure of the STS Leeuwin (leaving Busselton, bound for Fremantle).

The Leeuwin left the jetty under power, then turned into the wind as the sails were raised. Once under sail the Leeuwin looked graceful and in her element.

I went into the Busselton Ironman this morning. The pro start was at 5:30, so it was an early rise. I was amazed by the sheer scale of the event, and the number of people watching at 5:30am. The bicycle compound had 1360 high tech bicycles in it for example! Here are some shots.

Rescue craft postioning themselves in preparation for the start 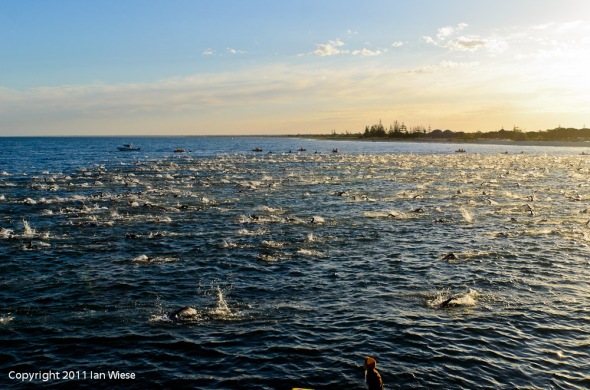 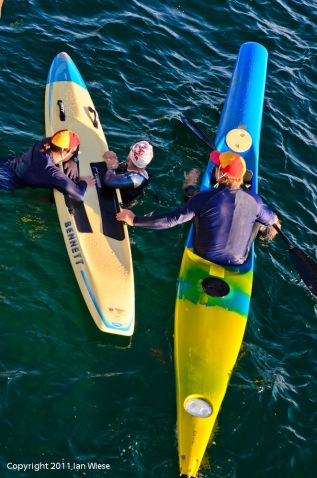 Coming in to the finish

Under the Busselton Jetty

As a young child I lived in Narrogin. My father was a keen fisherman, and not so keen farmer. Once the harvest was finished, we all went down to Busselton until school resumed. We stayed with thousands of others on the camping grounds in Busselton. In the middle of the day it was hot in the tents, and most days we went down to the beach and stayed under the jetty during the heat of the day. It was packed day after day, and the jetty foreshore was always crowded.

Times have changed, people have air conditioned caravans, stay in holiday houses and resorts. However under the jetty it is still cool in summer and has a charm of its own.

This was taken before the jetty was upgraded/replaced. 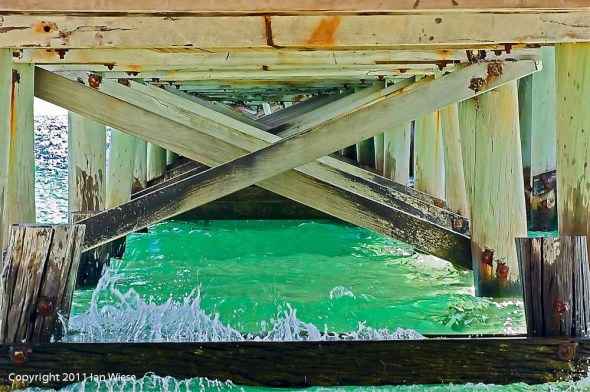 Under the Busselton Jetty