While in Fitzroy we went for a boat trip in the Geike Gorge. Apparently Geike was the boss of the geologist who discovered the gorge. There are some rumours that the name may change to an indigenous name more appropriate.

It pays to get up early and get the first boat ride of the day while the water is still glassed over.

These rocks are part of the Devonian Reef – the same barrier reef that Tunnel Creek goes through. 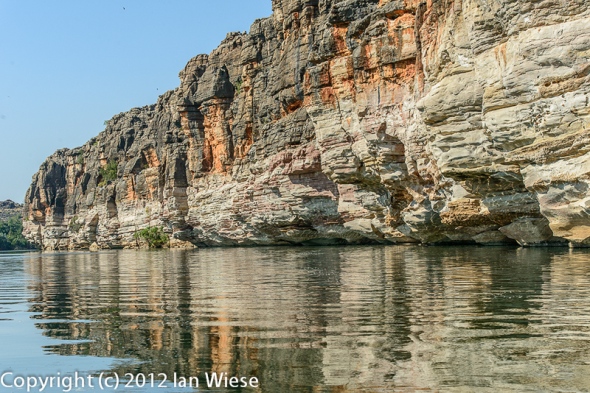 The river is the same Fitzroy river that I have recently posted images of.

This was taken a few km downstream of where the Jabiru photos were taken. I climbed down the banks and out into the river. This is not the full width of the river bed – the sand on the left is a small island in the river bed – the actual river bed is about 3 times this wide. In full flood it must be awesome. Again this is about the best Kimberley sunrise I could manage at this time of the year – not a cloud to be seen. 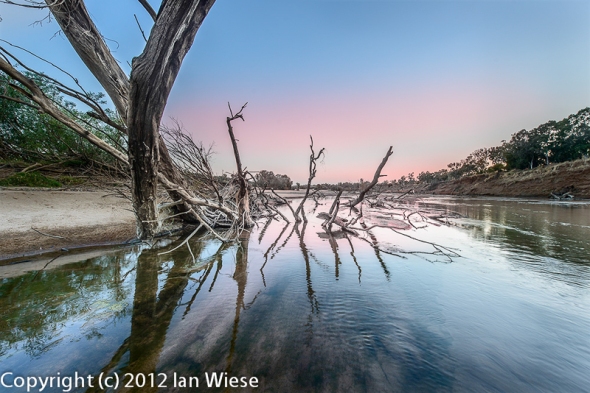 From the Gibb River Station we returned along the Gibb River Road to Mt Barnett (overnight) and then down the road past Imintji, and to the turn off to Windjana Gorge. We travelled down this road towards Fitzroy Crossing. The road travells along and through the Devonian Reef – a range of hills that are actually part of an ancient Barrier reef. The land has been uplifted and now the reef is an interesting formation hundreds of kilometres long. One formation that is especially interesting is Tunnel Creek – a stream flows through a tunnel through the hills – you can walk through it. Just outside is a large slab of rock that has many fossils showing – mostly small stingrays. They are around 300 million years old. 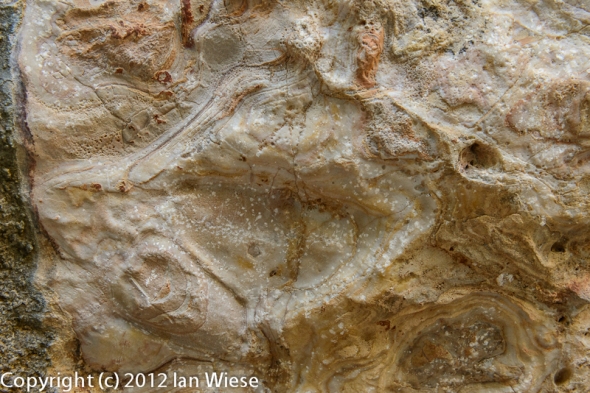 The tunnel itself is dark and at various places you need to wade through water knee deep. There are many tours going through and the tours give all participants a LED torch. This image shows the lights of a tour group returning. This was a 30 second exposure and in the full size version you can just make out the images of the people – I assume they stopped to listen to the guide briefly and left a faint impression. 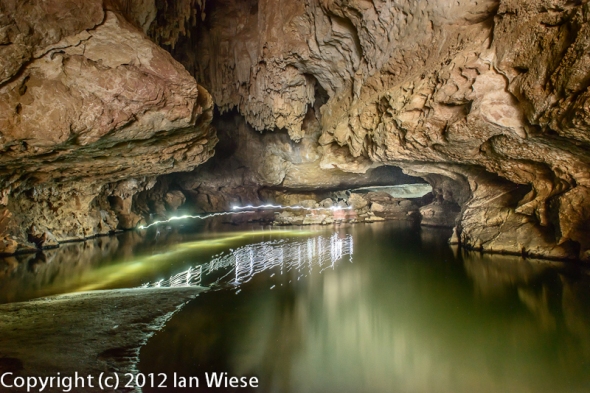 What a swimming pool!

How would this be in your backyard? After a long hot walk to get to the waterfalls at Manning Gorge, a long cool swim is very welcome. Fortunately no crocodiles are here. 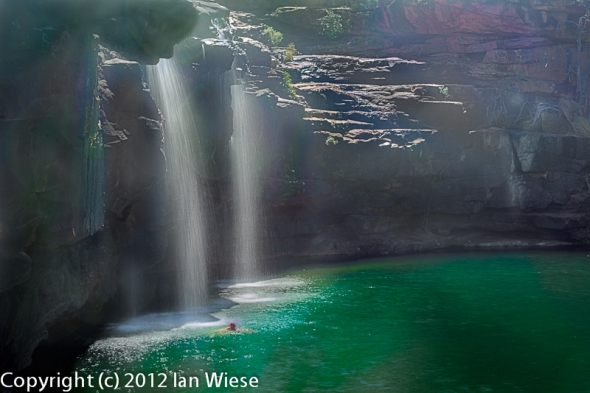 This is a popular gorge just off the Gibb River Road (about a 1km walk in) and a few km Derby side of Mt Barnett (Kupengari). We went there at sunset, but the sun sets behind the walls of the gorge and sunset was just a faint glow. 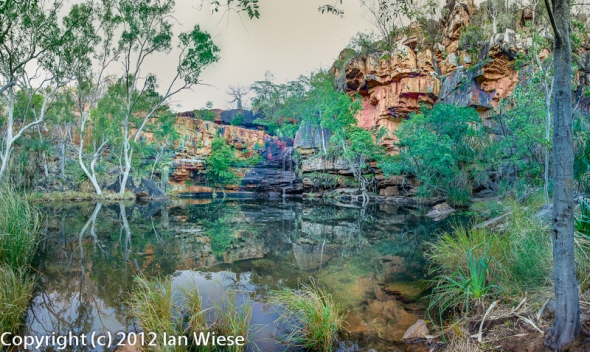 Manning Gorge is about 5k off the Gibb River Road and well worth the visit. This pool is next to the camping ground, but if you like you can take the 1 1/2 hour hike to the waterfall (pictures still to come!). I am now back in the south and as I post this I am looking outside at hail and rain – certainly different from the 38 degree warmth of the Kimberley.

Just for a change I thought I would post an image from the road near Camballin (south of Derby). I was in Derby assisting a group of volunteers by designing an affordable Wifi network for an aboriginal community at Mowanjum. It was a very successful project, and for minimal cost the community has a Wifi network with coverage of almost all 40 homes. We also installed an Internet Cafe. For most of the community this is the first time they have had regular Internet access.

These  images were taken in March last year. The country was lush after the wet, and the red Kimberley earth contrasts nicely with the grass.