Spring is around the corner.

After all the bad weather we finally had some sun. The dolphins made the most of it, and there were passing pods of humpbacks. They are here early this year compared to last year. After photographing the dolphins at Sandpatches, I returned home via Pt Picquet. I was told there was a pod of humpbacks playing with dolphins in Meelup Bay. I went over and got some shots, but they moved out to sea. I packed up and started to go home via the Meelup carpark (for a quick look). The humpbacks and dolphins had returned and were heading close in. Some more shots, then off to Pt Picquet to watch them go past. They were so close they would need legs to get any closer to the shore! And the dolphins were still with them. 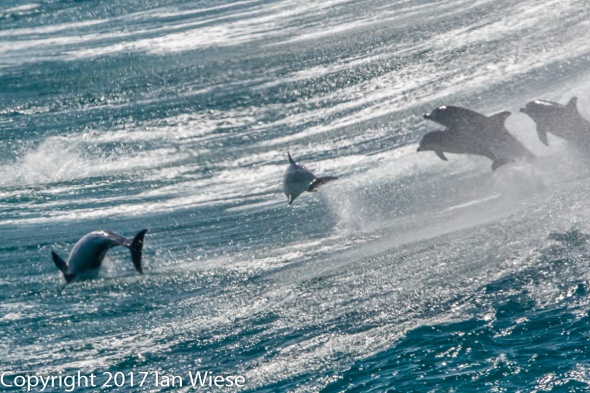 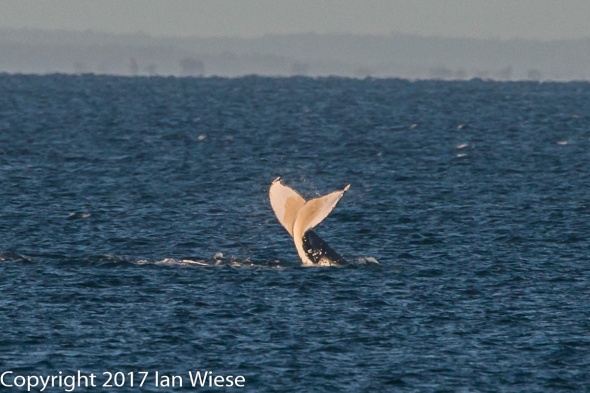 Humpback close to shore in Meelup 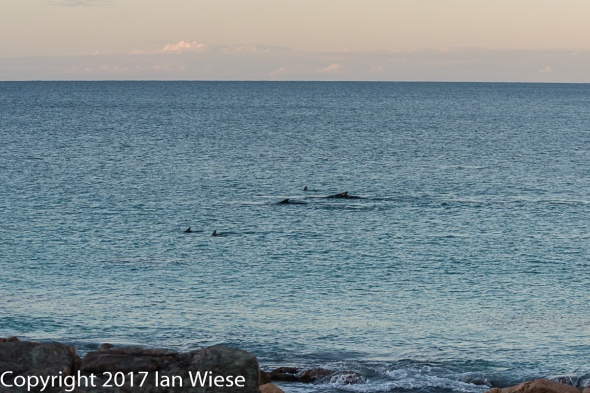 After just circling around avoiding the waves most of the day, the dolphins finally decided the waves were to their liking. 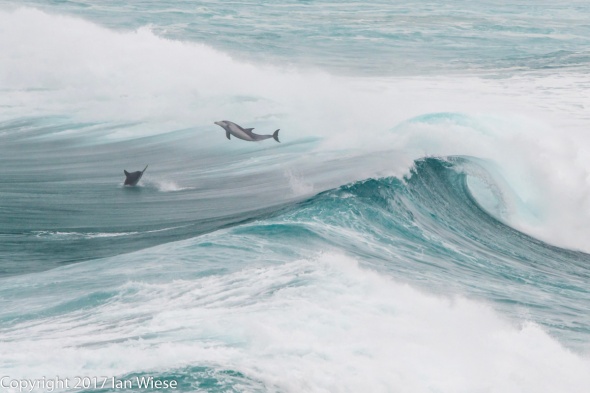 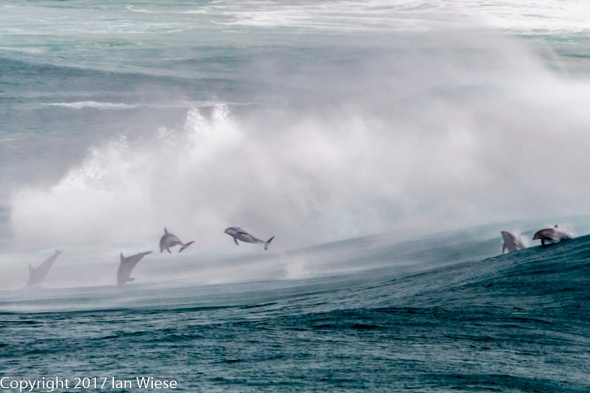 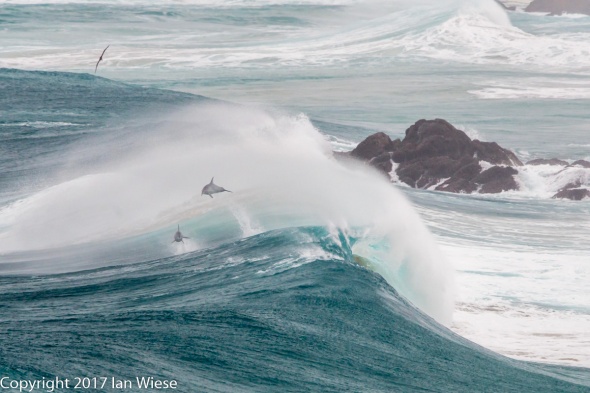 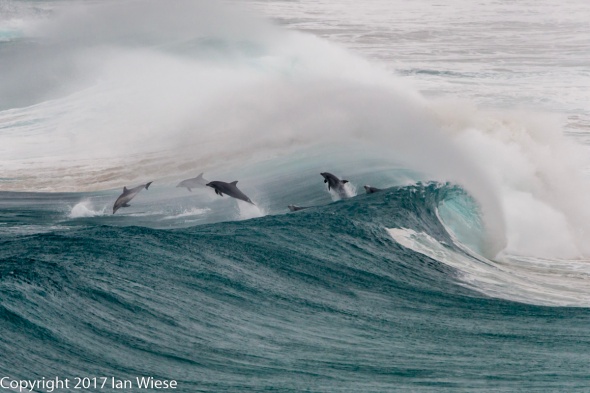 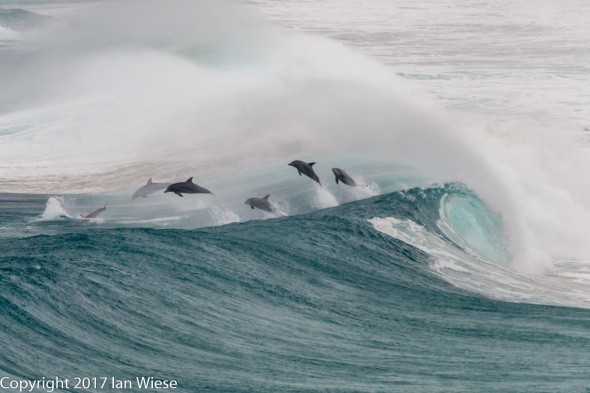 The humpbacks are slowly starting to head back to Antartica with a couple each day moving past. This is nearly a month earlier than last year. While we were watching a mother and calf playing around offshore, Better Homes and Gardens were cooking up a storm on the rocks. They had caught a squid from the Busselton jetty earlier today, and cooked it up on the rocks nearby. They mixed the squid with vegetables, and some grasses and seaweed they picked locally. They heated some stones and then put them in the soup to heat it. It gave everything a lovely mineral flavor – very tasty. I offered them some whale shots, but they couldn’t use stills. 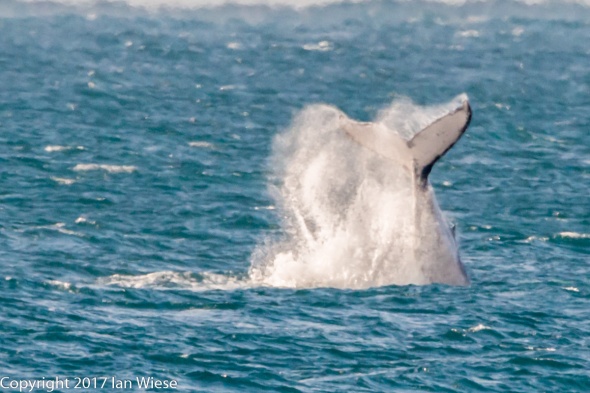