This is the Yallingup lagoon during a very low tide.

This version is how I imagined the shot when I first heard that there were night dives going on. I have omitted the above water lights, and zoomed in on the lagoon.

As the girls were coming down the steps to the beach they were chanting something like “Shark bait Shark Bait Ho Ho Ho”.

Light Painting with 60 helpers (if only they knew)

Over the last 3 days 180 students from a Perth girls school have been down in the SW. They were divided into 3 groups of 60, and over the last 3 days each group have had an afternoon snorkel, a BBQ on the foreshore, and a night dive in the lagoon.

This seemed to me to be an excellent opportunity for a light painting project on a grand scale and with a grand subject – the lagoon.
I only caught up with them on their final night, sand was not sure what to expect. This is the result. 50 x 30 second exposures blended.

It is winter, and there is quite a swell coming in from the west. I went down for a cup of coffee and was quite taken by the effect of the spray off the ocean as you look north towards Sugarloaf Rocks. 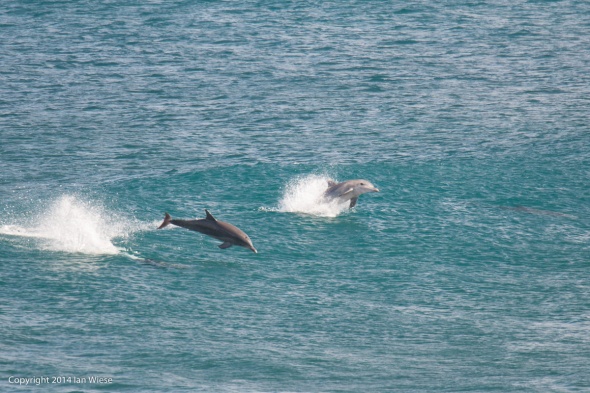 I always enjoy taking these sort of shots. For anyone who wants to take similar shots the only advice I can give is to spend hours at the beach!

Its hard to think of a better place to go to in the morning to enjoy a cup of coffee looking out over the lagoon and surf break. Yallingup is regarded as the birthplace of surfing in the South West. Many of those who pioneered surfing in this area in the 50s and 60s have subsequently retired to this area and surf this area daily.

In this image I was trying to capture an image that was instantly recognisable as Yallingup, and these trees in the foreground are the essence of Yallingup.

This was the scene at Yallingup yesterday. Fast moving clouds. There was some big surf, and unusually the storm was coming from the north east.

Some of the Western Soarers were at Yallingup yesterday – conditions were awful for surfing, but apparently good for hang gliding. The sand dunes provide uplift in strong westerly winds. 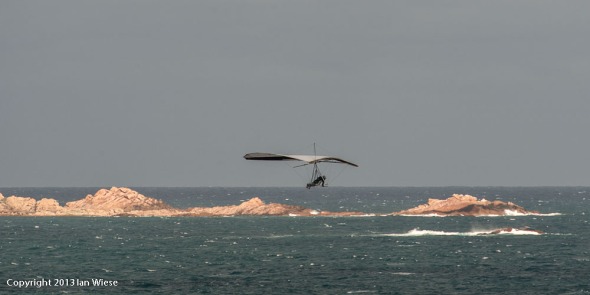 The sun came out over Canal Rocks at just the right time.

This was taken on Saturday evening – a glorious winter day with temperatures around 24c.

After I had finished photographing the sunset I turned around and found a large crowd watching (the sunset – not me). This place seems to be a popular place to watch the sunset. I have previously sold a print of a sunset taken from this spot to someone from Brisbane who wanted it as an engagement present for a friend. Apparently the friend proposed to his girlfriend on this spot while watching the sun set!

With the stormy weather we have been having lately, there have been some spectacular cloud formations. Here is one taken at Yallingup mid afternoon.

Not much to say really – a perfect day, nice smallish waves. This is at Rabbits break late afternoon – the sun was backlighting the waves.

This illegal immigrant came ashore at Yallingup. The authorities were quickly on the scene and constructed the detention centre. 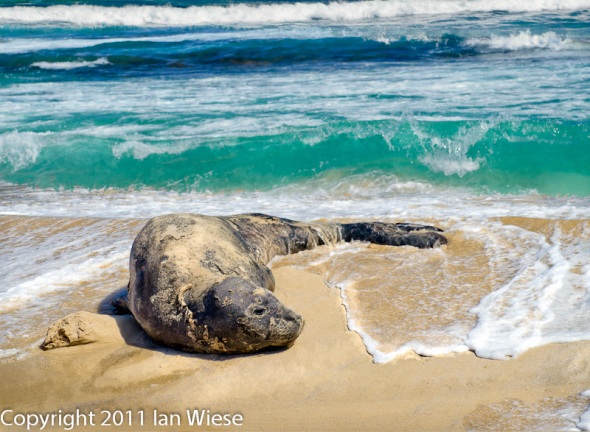 (If that isn’t convincing then perhaps it is a Southern Elephant Seal resting on the beach while she moults. DEC erected signs and a fence to keep people from getting too close and causing distress to the seal. Apparently the seal had spent the previous 3 days on the beach at Rocky Point).

The images of the dolphins have been very popular, so here is another one.

I dont think this surfer saw the dolphins, even though a few seconds later three more burst out of the wave!

This group of four dolphins caught a wave at Yallingup this morning.

The last two days has seen the best surf at Yallingup for a while. Here are some images. (I have a lot of others, so if anyone was surfing there over the last couple of days, I may have some shots of you. Contact me and if I do, I will send some that you can print). 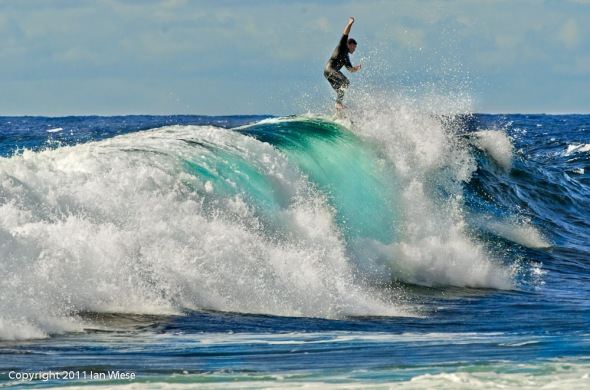 He was on top of this wave!

On Monday afternoon the surf right along this coast increased in size. To paraphrase Banjo Paterson

“So all the cracks had gathered to the fray.
All the tried and noted riders from the coast near and far
Had mustered at the beachfront after lunch”

There were a lot of people out surfing, and all the carparks were full.

It was quite spectacular. However it also was raining heavily. This shot was taken from inside my car with the windscreen wipers on high and the airconditioning running to stop the windscreen fogging up.

I liked the black and white version of one of those Yallingup surf images, so I thought I would put it up for comparison.

Here are some recent shots of surfing at Yallingup beach.

I went over to Yallingup Beach yesterday and captured this image of the sunset. There were quite a few people watching the sunset.

Watching the sunset at Yallingup Beach

A beautiful way to end the day. I am sure the guys surfing were enjoying it as much as I was.

Surfs up at Yallingup

This was taken about this time last year. There was a good swell, and a strong easterly. 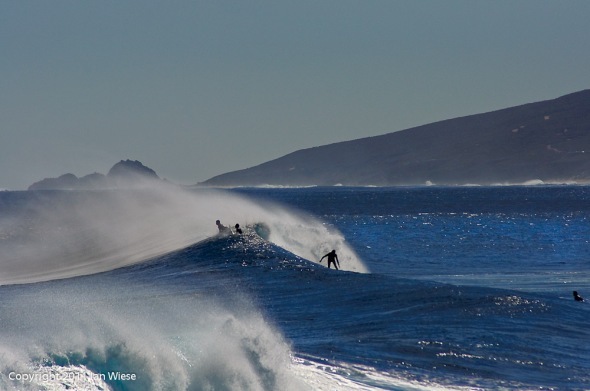 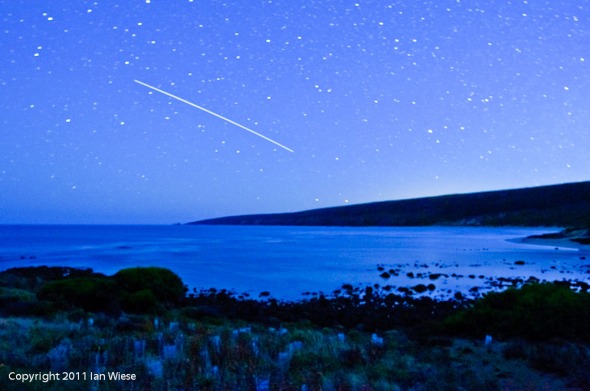 I was out shooting some moonlight shots this morning when I heard on the radio the ISS was about to pass over. I quickly set up, and got this. 78 secs exposure at f2.8 and 14mm. The moon had set 30 minutes earlier so it was very dark. I cut the shot after 78 seconds because that was about as long as I could go without getting star “streaks”.