I have been looking out for Southern Right Whales lately. It has been about 10 days since there were any around in the western end of Geographe Bay. Last night 2 adults and a 3 metre calf (very young) showed up at Meelup. The calf was very active, and they moved off towards Pt Picquet. A boat which had been anchored started up and followed them. They immediately went into “stealth mode” and only surfaced briefly every few minutes. When the boat moved off the calf began playing – leaping out of the water continuously. They were at times less than 10m offshore. As they rounded Pt Picquet the sun was setting and I got this shot of the calf in the golden light. 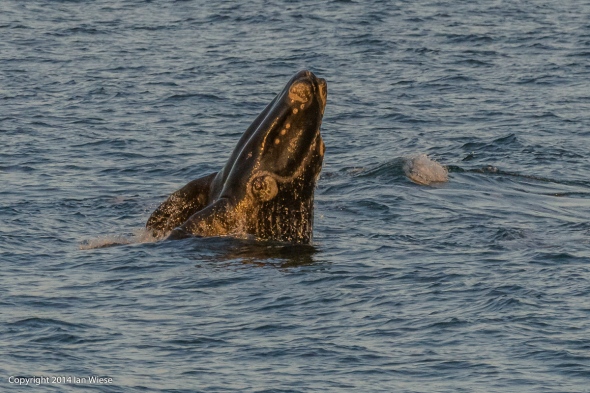 Here are some more shots of the calf. 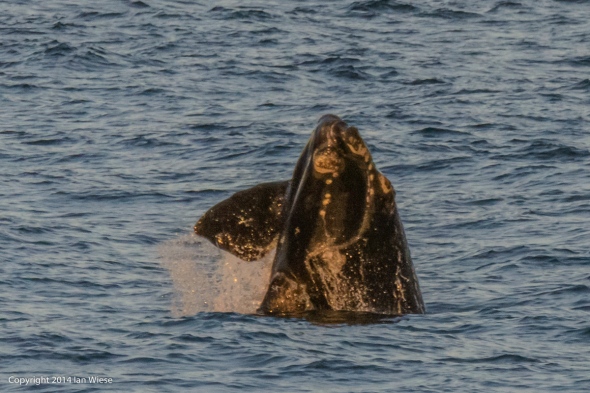 The next two were taken after sunset, necessitating slower shutter speeds and high ISO. 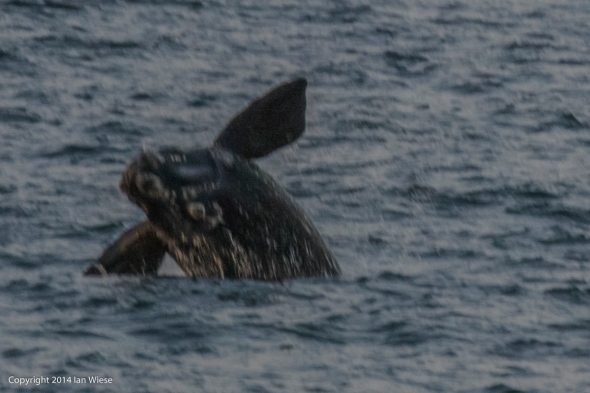 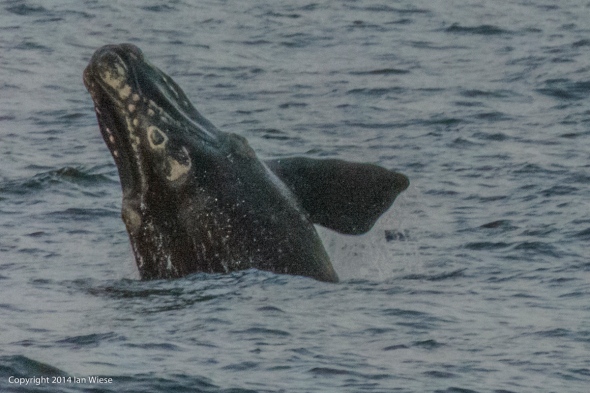 Some dolphins and the moon

Not in the same shot! I went to Sugarloaf Rocks this afternoon and found these dolphins hunting close to shore. They get so close to the short they have to leap out of the back of the waves to avoid being dumped on the rocks. Unfortunately they didn’t come back to my end of the bay, so this shot was taken at a long distance. 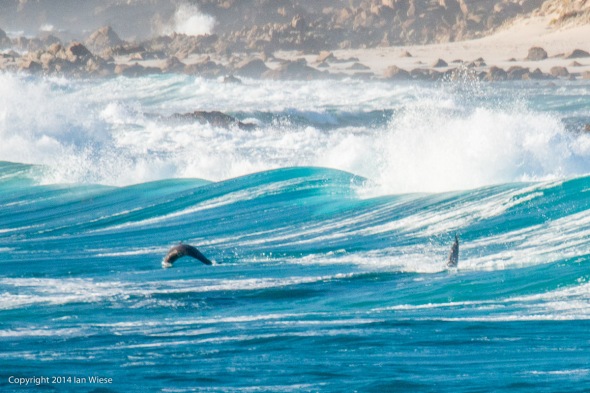 On my way home I noticed the full moon was rising and stopped for this shot at Pt Picquet.

Surfing with the Humpbacks

I got this shot of some surfers at Pt Picquet this afternoon. The humpback in the background was one of four I saw in an hour. 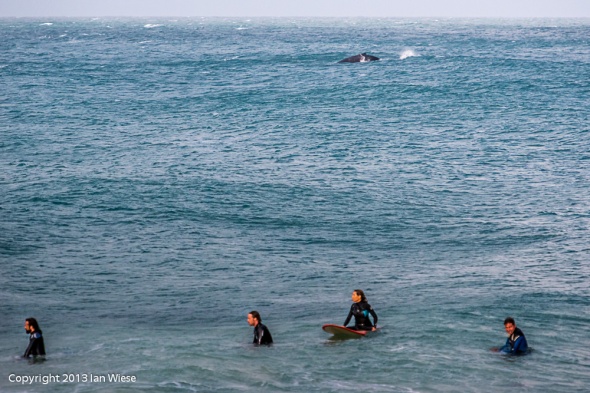 This is one of my favourite places on the local coast.

What a Good Saturday!

After a couple of months of nonexistent temperatures (doesn’t 0 = nothing?) it is a joy to warm up again. This Easter is heading towards one of the best I can recall, weather is perfect (Definition of perfect weather = 28 Max temp, overnight cool enough to sleep well, light winds, low humidity, just enough clouds to make photography interesting). So here is an image that illustrates this. Well OK both clouds were behind me! Gannett Rock from Pt Picquet with a yacht blocking the view! 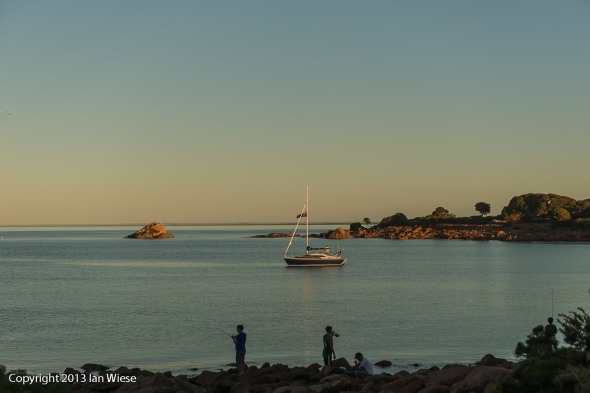 These Xmas trees (named because they come into bloom at Xmas) are parasitic – they tap into the roots of other trees. However they are a magnificent orange color when in bloom. At Pt Picquet there is an area which has one of the best displays of Xmas trees, but they are usually a couple of weeks later coming into bloom. They are just starting to come into bloom now. 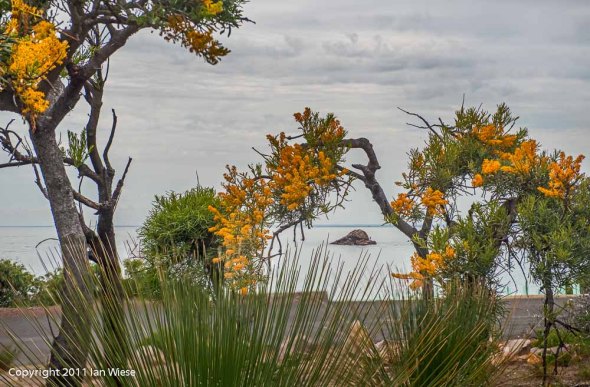 Pt Picquet is where there has been a whale watching project ongoing for a number of years. This year during October they recorded a peak of nearly 8 humpback whales an hour passing this point, sometimes very close to shore (50m). In November there are significant numbers of Blue Whales passing Pt Picquet. They also sometimes pass very close and this is the only place in the world you can see Blue Whales from the shore. Blue Whales are the largest animal that has ever lived – they can weigh up to 180 tons and 50m in length.

Yesterday started out fine but in the afternoon a line of dark cloud and rain came over. It was clearing by late afternoon, and it looked promising for a good sunset. Conditions were difficult, with squalls coming through.

This is the result. 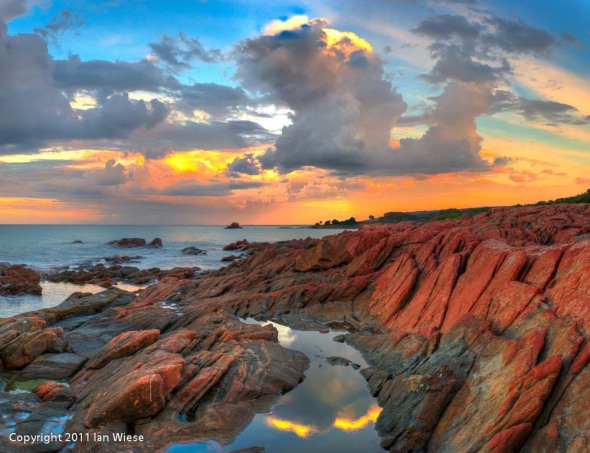 The first shot was taken just before sunset and the second after.