There was a female around and the smaller roo on the left decided to challenge the other one. Apparently you stand on your tail and attempt to kick your opponents wedding tackle. As you weaken your tail sags, and your opponent gets a height advantage. The end comes soon after (end as in you slink away embarassed).

Two minutes later. After a lot of arm wrestling, kicking and a couple of falls. 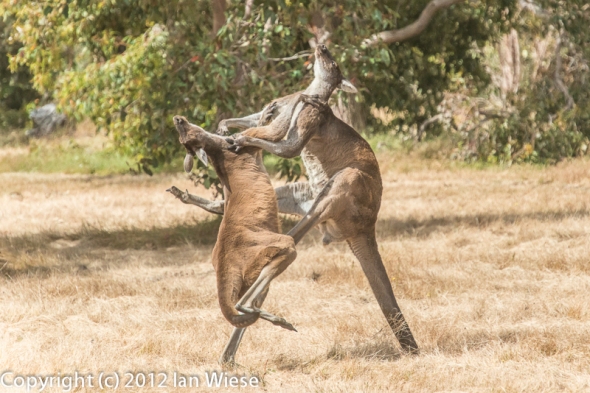 The challenger’s tail is collapsing, and his opponent now has a distinct height advantage.

This entry was posted on November 8, 2012 by ianwiese. It was filed under Wildlife and was tagged with Kangaroos, males, wrestling.